Some really good and hard lessons that I learned when doing staged migration to Exchange Online in a SSO setup with ADFS 3.0 and TMG.

Customer have 90 users on 6 branch office. Each office has its own mail domain and on-prem Exchange 2007 Sp1 is in headquarter. They are using Microsoft TMG as their only firewall direct connected to Internet. They using a couple public IP-addresses in the TMG and do have one IP-address left. On Exchange 2007 they are using McAfee GroupShield for Exchange.

Migrate all mailboxes to Exchange Online and establish SSO with Office 365 Enterprise.

steps to complete according to 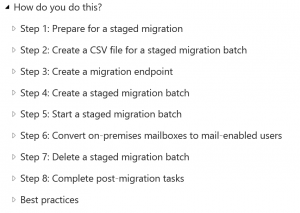 There have been plenty of blog post on all the above steps so I will not bore you with jet another blog post on these steps. But I think you will be interested of my hard discovery of the 5 notes. And here they come. Happy Reading. 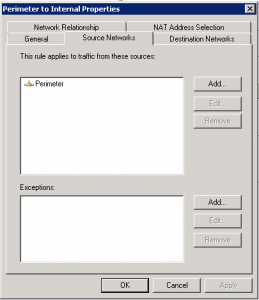 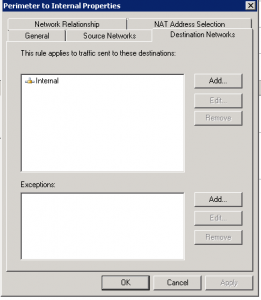 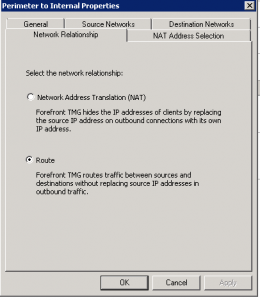 Then create a Server Publishing Rule for Internet traffic to WAP. 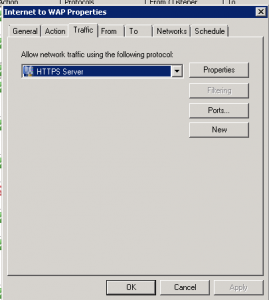 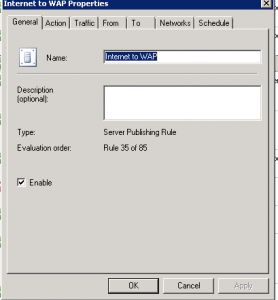 IP address of the WAP server in DMZ. 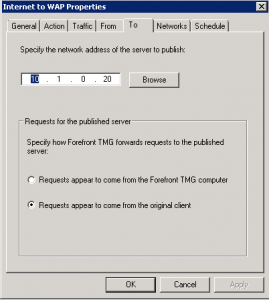 Public IP address to use for FQDN to ADFS proxy in WAP server sts.your-domain.com 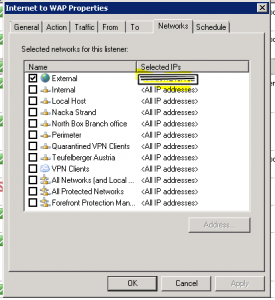 Then create an access rule for internal traffic to WAP server. 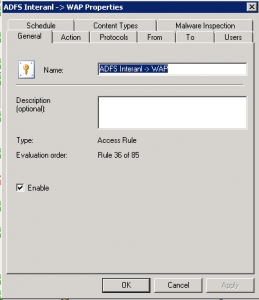 RDP is for been able to remote connect from Internal network, it’s because I’m lacy and it’s okay security for the customer.
DNS and HTTPS it’s for returning packet when session starts from WAP. It should work with out but I set it up anyway. 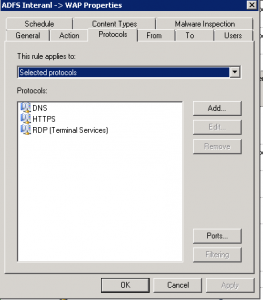 This is the only internal servers that is allowed to access according to this rule. And this is the Internal DNS servers and Internal ADFS server. 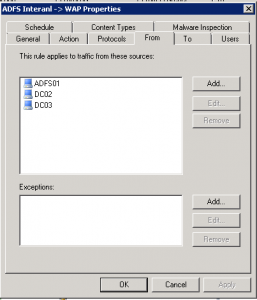 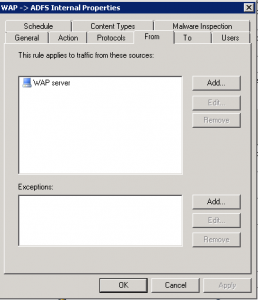 And finally an access rule for traffic from WAP server to Internal Network. 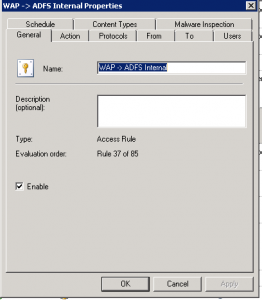 I like to use the Internal DNS server when setting up ADFS proxy or WAP servers instead of using localhost file. Therefor DNS in this rule. 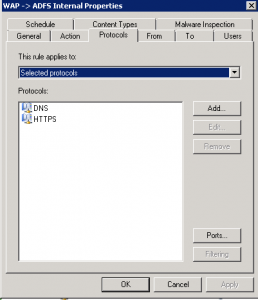 This is the Internal DNS servers and Internal ADFS server. 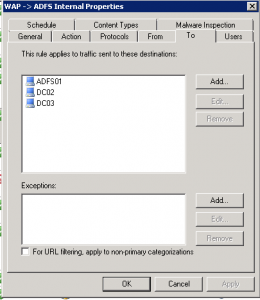 Customer says that they are using Outlook Anywhere (OA) but when I test OA with The Remote Connectivity Analyzer, the test failed.

After some investigation it turned out that in Exchange 2007 there is some issue with the server when it shall resolve the names in the access. I hade to edit the servers localhost file to put in both the FQDN and netbios name of OA URL and server name.

RCA test did then succeed!

Next step is to test OA withTest-MigrationServerAvailability from Exchange Online and this test did failed with following error.

Well this turned out to be realy missledning error. It take me some time to trubleshoot and trying to start MRSproxy on Exchange 2007. Until a nice frind updated me with “there is no MRSProxy in Exchange 2007 it first introduced in Exchange 2010. Okay… what to try next.. Update Exchange 2007 to the newest Service Pack and rollup.

After update to Exchange SP3 and rollup 13 the Test-MigrationServerAvailability from Exchange Online did successes!

4, Exchange 2007, install SP3 when McAfee GroupShiled for Exchange is on and the McAfee EOP consol is dead.

The big problem here is that the customer is using McAfee GroupShiled for Exchange and there used to be a console (EOP) for McAfee but this server is down and deleted long time ago. Whish led to … how to stop/kill the McAfee service that holding Exchange files.

If you tried to stop the service it restarts automatic.

The actually problem is the dllhost.exe with user name GSH_<server>, in my case the server name is EXCHG01. If you delete the PID it restarts with new PID number. 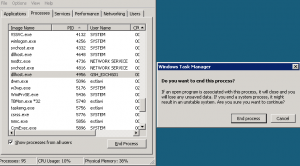 The solution is to disable the local GSH_<server> account.

Then – stop the service.

Then open the following and shut down the GSH User Junk Folder Router. 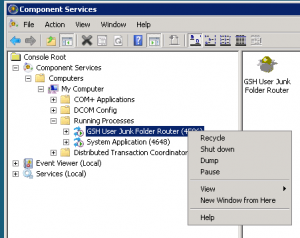 Now the server is ready to update to Exchange SP3.

5, After converted mailbox to MEU (Mail Enabled User) Outlook On-prem will not create a new Outlook profile when connected to Exchange Online.

The problem was the SCP in Active Directory which deliver the On-prem Exchange server name and therefore disable the function of Exchange autodiscover for the domain joined computers.

The solution to this was to make a GPO with a registry change that disable the internal SCP and force the domain joined computer to use autodiscover.

This issue can be caused if the Outlook client on the internal network checks the Service Connection Point (SCP) value instead of the autodiscover DNS. Based on this situation, in order to narrow down this issue, I suggest you perform the following steps to bypass the SCP check and test the Outlook connectivity issue again: 1. On an internal computer, click Start, type Regedit in the search box, press Enter. Click Yes. 2. In Registry Editor, go to the following registry key: HKEY_CURRENT_USER\Software\Microsoft\Office\14.0\Outlook\AutoDiscover 4. Add the following Autodiscover entries: ExcludeScpLookup=dword:1

The GPO worked as a charm 🙂

The popup errors that came direct after the change to MEU was the following.

In English “Microsoft Exchange administrator has made a change that requires you to quit and restart Outlook.”

After restart this popup shows up.

In English “Your mailbox has been temporarily moved on Microsoft Exchange server. There is a temporary mailbox, but it may not contain all of your previous data. You can connect to the temporary mailbox or work offline with all of your old data. If you choose to work with old data, you cannot send or receive emails.”

And when choosing the temporary mailbox the Outlook starts. 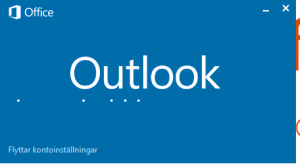 But then this popup came.

In English “connection to the Microsoft Exchange is not available. Outlook must be online or connected to this operation to complete.”